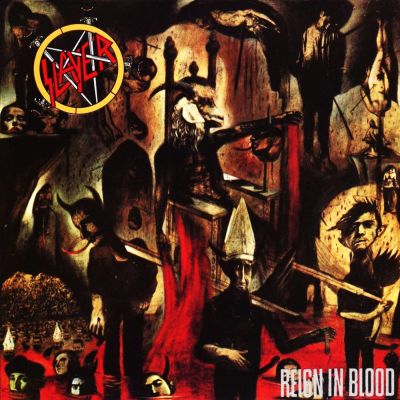 havanutha
My Top 100 Metal Albums of All Time

BlackShadow
The 20 Best Thrash Albums of All Time (Louder)

havanutha   95/100
Date :  Feb 18, 2021
I think this album gets a lot of different opinions because of a person's age. If you were a teenager when this released, you knew this was the music that would get you labeled the equivalent of some sort of Satan worshiper or serial killer. It was taboo back then, and that's exactly why it drew a lot of people into it. Unfortunately, with the all the newer genres of metal including slam, gore, brutal death, etc, it's impossible to understand just how "evil" this album was at the time. Besides bands like Venom and a few others, there really wasn't much out there. Parents at the time were cringing at music like Twisted Sister. There's a lot more to music than the songs themselves. If you look at a list of other metal albums released in 1986, maybe you could understand while comparing this album to the likes of Metallica and Megadeth and see why metal purists still worship this album to this day. It made an impact and that's a lot more than I can say for 95% of bands now. If you think about how many releases are out there and how quickly bands are forgotten these days because they're beyond generic, perhaps you'll know why Reign In Blood is crucial to metal's evolution to what it is now.

This album was their peak. After this, they started releasing songs with slower beats and lightened lyrics to pander to the masses. Reign In Blood and any album before it represented the true Slayer.

dwiles13   95/100
May 1, 2021
SLAYERRRRRR! Talk about a fast album! Angel of Death, Altar of Sacrifice, and Raining Blood are my favorites off of this beast. I wasn't even born when this was released but I couldn't imagine how much adrenaline I would've had first listen because Slayer brought it through Seasons in the Abyss and this album got me into the band.