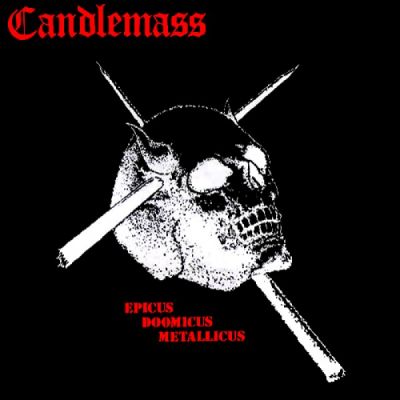 A ''half live'' version video was made for ''Solitude'', with Messiah Marcolin on vocals.

Reissued on November 8, 2011 by Peaceville Records (CDVILED330X) as a digibook, containing a bonus audio CD which features the entire album with biographical commentary throughout by Leif Edling.

"Leif Edling would like to dedicate "Solitude" to himself" is the inscription on the insert.

The voice at the beginning of "Demons Gate" is Leif Edling's, slowed down.

"Under the Oak" was already written as part of the "Tales of Creation" concept, originally released on the same titled demo, and later on the album of that title.

"Demons Gate" is lyrically based on Lucio Fulci's 1981 horror classic "The Beyond".

SilentScream213   80/100
Date :  Apr 1, 2020
Epicus Doomicus Metallicus. The name carries immense weight, even before hearing what lies therein. Often given the title of the greatest Doom Metal album of all time, bandleader Leif Edling carries the band with immense riff-writing prowess, and Johan Längqvist wields a powerful, epic operatic bellow. Here, he sets the now solidified trope of epic vocals in Trad Doom. His voice was very unique at the time, being capable hitting highs and lows and everything in between, but always remaining melodic and full of vibrato. The riffs here are reminiscent of early Sabbath, but heavier, groovier, and better.

Epicus Doomicus Metallicus has no shortage of quality riffs and vocals, and in fact, there is absolutely no filler to be found. Something Candlemass hadn’t expanded on for Doom, however, was the mood and atmosphere. The songs here remain rather generic worshippings of demons, god, and death in general, and apart from some nice acoustic sections, there is no variation in style or sound. Candlemass are no doubt gods at what they do, which is play straightforward Trad Doom. Unfortunately, to call this the greatest Doom Metal album of all time when the genre has expanded into something so much more than straightforward slow metal is rather unfounded.

Kildneybean   95/100
Jul 24, 2015
Isn't this amazing? The quality of riffwork is sky high. Couple that with lengthy Doom Metal verses and what do you get? A timeless classic!