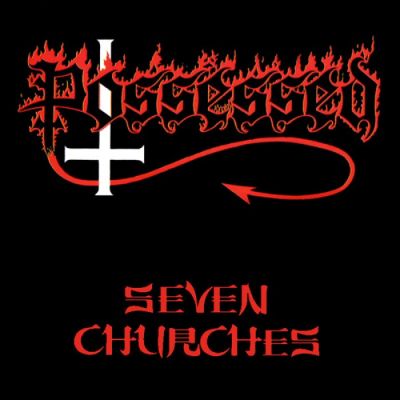 Re-released by Relativity Records in the USA and Century Media Records in Europe in 1998.

Re-released in 2008 in a deluxe limited edition, digitally remastered, presented in a digipak picture sleeve that folds out to an inverted cross and includes seven inlays that can be folded to seven separate small paper churches, complete with a picture booklet containing all lyrics, sleevenotes, old photos and flyers. ... See More

Eagles
The 20 Best Thrash Albums of All Time (Louder)

SilentScream213   90/100
Date :  Jan 5, 2020
By name dropping the genre in the album’s closing track, Possessed invented Death Metal just as Venom invented Black Metal. The only difference was Possessed actually were Death Metal, through and through.
Naturally, this album is a bit messy, and the production isn’t the best. There are quite a few mistakes from the musicians you can pretty easily pick up on, and many instances where Becerra can’t get the words out in time and just screams nonsense. They were amateurs. But their vision and their passion was incredible, and yes, they created a full-fledged Death Metal album on their first try.

Those buzzsaw guitars were shredding out some seriously deranged, dissonant riffs, and the drums were just smashing everything as hard and fast as they could. It wasn’t that fast, and one might even say mid-tempo compared to today’s metal, but certainly Becerra’s screaming growl drove all that home and shook any doubts that this was indeed the heaviest music on Earth at the time. Lyrics focused exclusively on Satan, and though they weren’t well written or often intelligible, they never surrendered an inch to worshipping the great evil so necessary to Metal.

Abdullah   90/100
Feb 25, 2022
One of the best death albums and also the beginning of a great type of songs, specifically in metal music This album is really great and a top article for every album of this genre, especially thrash or death