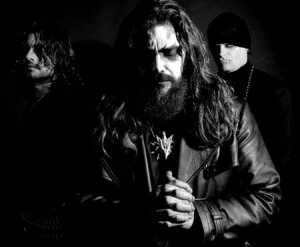 They first disbanded in 1993. When they reformed in 2001, they founded their own record label called Prowling Death Records and their own publishing imprint called Diktatur des Kapitals, to gain absolute control over their music. Later, Celtic Frost and Prowling Death Records signed a worldwide licensing deal with Century Media Records. So the rights for their new material is their own and is released by Century Media.

A demo tape called 'Prototype' exists. Among other tracks, it contains two Apollyon Sun tracks, "Reliquished Body" and "Deep Inside".

"Cold Lake" is largely different from anything else they have ever recorded. The band has repeatedly disowned this release, and attribute the shocking change in style to pressure from the record company.

Singer and guitarist Tom Gabriel Fischer announced his departure from Celtic Frost on 9th of April 2008, due to "the irresolvable, severe erosion of the personal basis so urgently required to collaborate within a band so unique, volatile, and ambitious." It was confirmed in a joint statement by Fischer and Martin Ain in September that year that Celtic Frost had been disbanded again. Fischer has founded a new band called Triptykon and Ain will carry on in a new project with drummer Franco Sesa.
Contributors to this artist