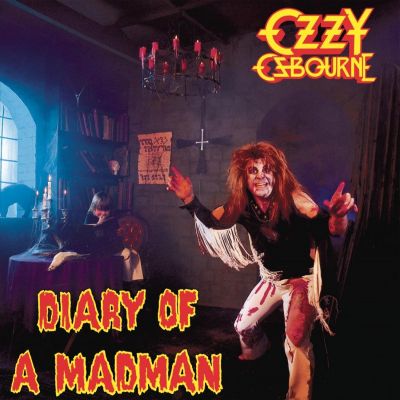 Diary of a Madman Lyrics (8)

Diary of a Madman

Diary of a Madman Information

S.A.T.O is NOT short for Sailing Across The Ocean. Bob Daisley explains:

"...originally that song was called "Strange Voyage", and after I left the band, they changed the name to "S.A.T.O." and all that meant was Sharon Adrian Thelma Ozzy. Because Sharon at the time had a boyfriend called Adrian, and Ozzy's current wife at the time was Thelma. People were trying to figure out, 'Oh, it stands for Sail Across the Ocean' and all sorts of things, but it just meant that."

Remastered in 2002 with drums and bass re-recorded by Mike Bordin and Robert Trujillo, respectively. This re-release includes 1 bonus track:
9. I Don't Know (live)

The 2011 reissued version with digipack format and 2 discs, booklet with lyrics and photos

Diary of a Madman Videos

Diary of a Madman Videos (6)

Diary of a Madman Lists

Diary of a Madman Reviews

rockerman   100/100
Date :  Mar 18, 2021
My most played album #58. Ozzy Osbourne - Diary of a Madman. The second studio album was released on 7 November 1981. Near perfect like the first album. Sold 3 million copies. Randy Rhodes was amazing on the guitar again. Look out for the 2002 reissue, the removal of Bob Daisley and Lee Kerslake's original bass and drum tracks. The re-issue featured re-recorded bass and drum tracks contributed by Osbourne's then-bassist and drummer Robert Trujillo and Mike Bordin. The removal happened after Daisley and Kerslake had successfully sued Osbourne and his wife/manager Sharon in court, winning songwriting credits and royalties for their contributions to the album.

Diary of a Madman Comments