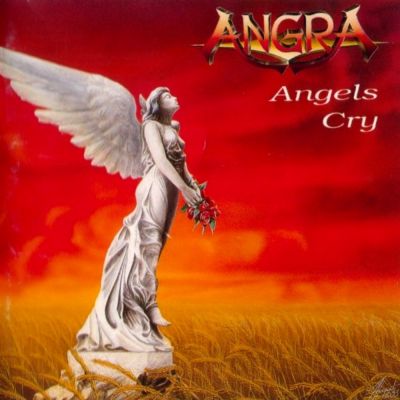 SilentScream213   85/100
Date :  Feb 8, 2022
Angra were not quite the inventors of Symphonic Metal – that accolade would have to go to X Japan – but they were absolutely at the forefront of its development. What’s more, the style of Symphonic Power Metal first crafted on “Angels Cry” is a style that has carried on to the present day. The genres tend to go hand in hand now, rarely one existing without some element of the other, no doubt the legacy of this majestic work.

Something that is immediately apparent is that this album is incredibly rich and developed for a debut album. The symphonic elements are in full swing, there’s a strong variety of sounds all pulled off quite well, and the music is quite frankly impressive. This band knew exactly what they wanted to do from the get-go, and they hit the ground running. Another interesting factor is that this is a debut album from Brazil of all places, yet the production is very good, as if it were a popular band with a big budget. Of course, the guest appearance of Kai Hansen of Halloween and Gamma Ray fame is testament that this band was not totally unknown and must have had some notoriety.

One slight weakness for me is that the vocals can be quite pitchy at times, and always stay at the very high end of the registry. Despite that, the guy definitely has impressive range and technique, just doesn’t always suit my taste. The two part closer is also not anything amazing, meaning the album is bookended by its weakest tracks if you include the intro.

Bobcat94   85/100
Dec 14, 2021
Emerging from the jungles of Brazil, a band with its sound rooted in progressive and power metal, release a well received debut that has some mastering issues. Personal Tracks: Time, Angels Cry, and Lasting Child [Honorable Mentions: Stand Away and Never Understand]