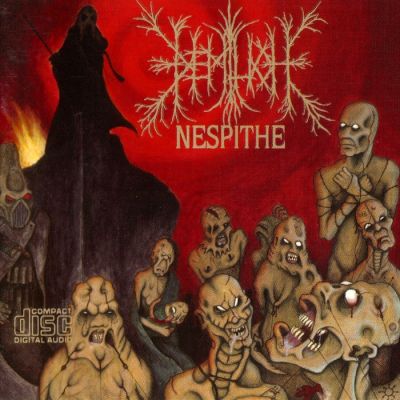 A mention in the booklet reads:
Absolutely no effects were used on the vocals in any way.

Nespithe means "The Spine" and Erecshyrinol means "No Lyrics Here." They can be
decrypted by grouping the letters in three, starting at the end of the word, and
reversing the order of those groups.

Released on tape by Sick Records (Poland). This release was licensed by Repulse
Records. ... See More

SilentScream213   90/100
Feb 8, 2022
INSANE Technical Death Metal, vocals are off putting but musicianship is absolutely delicious. Amazingly consistent all the way through.