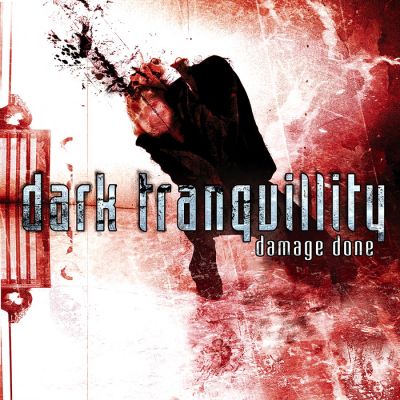 Recorded at Studio Fredman during February and March 2002.
Mastered at the Mastering Room.

The Japanese version has "The Poison Well" (4:06) as a bonus track.

The vinyl release has "I, Deception" (3:55) as a bonus track and also has a different cover.

The digipak release has the video for "Monochromatic Stains" as a bonus.

Rereleased on July 24, 2009 completely remastered with all of the above bonus tracks. This version also includes the bonus song "Static" (4:40) and a live recording of "The Treason Wall" as bonus. ... See More

stratogustav   100/100
Date :  Feb 17, 2015
When I got into the metal scene I was mostly a power metal fan, and would hardly listen to any other genre, maybe some heavy metal, some thrash metal, and hard rock, but that was it, I was not open for anything else. However I became so fascinated with the power metal genre that it got me into putting attention to the labels my favorite artists belonged to, and of course those labels will have bands of genres I would never give a time of the day.

The biggest labels at the time were Nuclear Blast, Century Media, and SPV, at least of the styles I was most inclined to listen, and other than Roadrunner you would not hear from anyone else. These labels did not take long in finding a way to promote their artists as a group, and they started releasing compilations in audio and video, something that became very popular, rapidly, in the metal scene.

They were clever in the covers and would have something the metal audience will immediately connect with when they see the artwork at the stores, and this is why compilations such as the Monsters Of Metal volumes became so drastically popular, not only they had a cool cover displaying a Helloween mascot figure, they would also become a way to open the eyes of those like me to listen to other amazing music that we would never end up listening otherwise.

That's how I discovered many of the bands that I end up loving for the next decade and will continue to love in the future. I had been open to other things, but metal will always have a deep space in my heart. I feel grateful for having the opportunity to discover this amazing music that uplift our spirits and makes us give a sense to the times we live in.

Dark Tranquility was one of those very first bands I discovered outside the power metal scene. At first it felt scary to open up to something like their work, and it felt a little too outside my comfort zone to listen to it, but my brain soon adapted, and when that happened I started to notice that even in these heavier genres, as it is the black metal and the death metal, I found genius compositions that can only make sense in those styles, and that without those styles, that genius would had never been tapped into, and all those gems would had never been discovered.

The internet was still booming in their first decade of existence, and sites like this one were created for musicholics like me. Soon enough I knew the names of the new genres, such as melodic death and gothenburg, just like the city in Sweden, I also knew the countries where these bands were coming from, and I knew their discographies, which helped me to look up for releases I would never have known they existed otherwise.

After getting into the commotion of the In Flames and Soilwork catchy social reunion appealing style, it didn't took long for me to connect with Dark Tranquillity as well, which to my surprise I discovered they were the real pioneers of the style from Gothenburg, a genre that later become ridiculously commercialized in other not so socially appealing styles as the metalcore and the hardcore scene, but nevertheless became so popular thanks to the defining characteristics that bands like Dark Tranquility created.

Dark Tranquillity soon became the first melodic death band I saw live, their energy was captivating, and Damage Done became one of the most listened albums in my music library, but it was not because it was from a good band or just because it had a good sound, it was because it was emotional.

This is with no doubt one of the most emotional albums in the heavier side of metal. Mostly albums with such emotions only exist in the lesser heavier styles. But Dark Tranquility managed to change that, and created something heavy that can also make you cry. Even a decade after of listening to this album for the very first time, I can put it on, listen to it with my headphones, and enjoy it to the fullest, while at the same time feel the goosebumps and the deep emotions that songs such as Format C For Cortex can give you. Compositions that you only expect from the metal beasts of heavy metal like Iron Maiden. With this album, Dark Tranquillity proved that those genres are not the only ones that can reach those levels of composition and deep emotional sound.

When I first listened to this album on repeat so many times I thought this one was one of those that would probably pass by without people acknowledging the greatness in it, I didn't hear much commentary about it, and it made me sad that such a great album was not getting the honors it deserved. But after a decade it makes me happy to know that is finally getting that well deserving recognition, and that it is in the top albums of all time as it should.

Albums like this are the ones that unite our metal community, that makes us feel at home, and closer to each other, that we belong to something bigger, a poem of life and existence in which we sympathize with those that share the same enthusiasm in this beautiful age we call our present time. ... See More