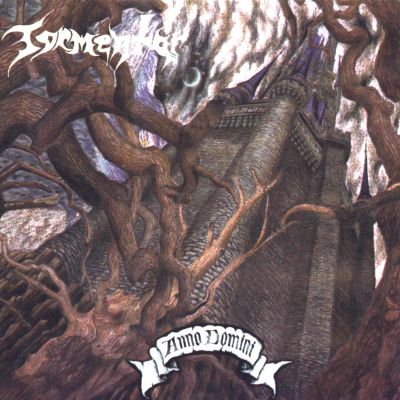 [ Rating detail ]
This one was also originally available in demo form.

Re-releases were planned by DSP and Osmose but it finally saw the light of day
in 1995 on Nocturnal Art Prod. (cover see the upper one of the two).

This CD was also recently reissued in a co-release between Attila's own label
Saturnus Rec. and Terranis Prod. with improved sound quality from the original
master (the Nocturnal Art Prod. version was mastered from a dubbed tape!) and
new cover-artwork (see lower one of the two). ... See More

SilentScream213   80/100
Date :  Aug 17, 2020
Tormentor’s first release, despite being just as evil and disturbing as anything Bathory ever did, had a much larger focus on melody and conscious atmospherics (opposed to “atmosphere” via poor production). However, it was still rather weak despite these innovations, and also suffered from horrendous production.

Their next release, Anno Domini, still has an awful production job, but everything else about it is top notch. The riffs vary between shredding, buzzsaw Thrash and Black Metal leads almost melodic enough to be considered Melodic Black Metal. A couple songs make use of minimal keys and other atmospherics, and the vocalist does an amazing job snarling and screaming, but also enunciating very well despite his heavy accent. The musicianship is messy at times, but despite their limitations they are clearly pushing themselves to their total limit, churning out some really speedy and impressive stuff even if it kills them. With good production, this would be a flawless first wave Black Metal release, but the garbage sound drags it down.