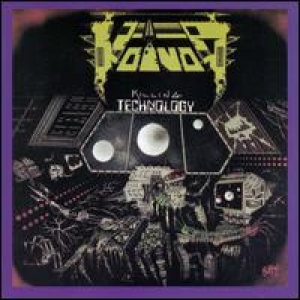 All songs written and arranged by Voivod.
Co-produced by Voivod.
Recorded and mixed at Musiclab, Berlin, Germany 1986.

A video was made for "Ravenous Medicine".

- Original pressings on both vinyl and cassette feature just the same track lisiting shown in the track list.
- Reissued on vinyl by Earmark records in 2005, featuring the original track listing and no bonus songs. ... See More

SilentScream213   90/100
Jun 16, 2020
Voivod get into even weirder territory with Killing Technology, bringing in some Progressive influence and getting more technical. It's still dirty and aggressive and awesome.