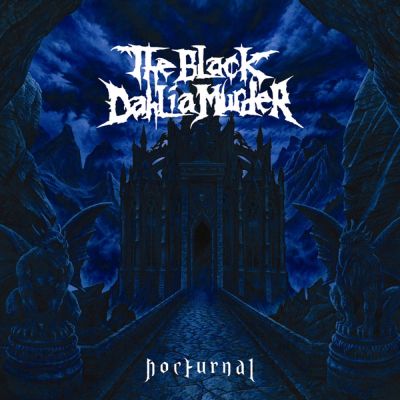 Recorded at Trax East in South River, NJ from May to June of 2007.
Mixed at Audiohammer in Sanford, FL in June of 2007.

End of the song "Nocturnal" features an audio clip from the movie The Monster Squad.

The song "Deathmask Divine" appears to be inspired by the story of Carl von Cosel.

Music videos were made for "Everything Went Black", and "What a Horrible Night to Have a Curse". ... See More

Rin   90/100
Oct 4, 2021
What seems to be an overlooked Melodic Death classic- with a hint of Black Metal. The moment where tremolo chorus transitions into melodic guitar solo in Deathmask Divine is a prime example of this, and the parts like this really makes the album enjoyable. Plus, cymbals are crisp as fuck and truly delightful to listen to. Notable songs are 'What a Horrible Night to Have a Curse' and 'Deathmask Divine'.

Kildneybean   80/100
Jul 18, 2015
It's uh... Decent. It's good, but the individual tracks don't stand out that well. The album flows as a whole. Disregarding that aspect, it has cool melodic lines and great production. (The semi hardcore vocals may not be for everyone, too)