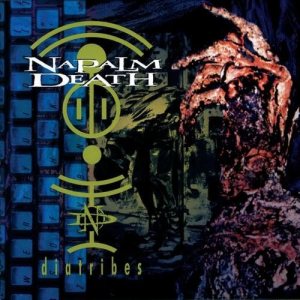 Also released as limited edition digipack and digibox. The latter came with space for the "Greed Killing" EP.

Kildneybean   85/100
Aug 4, 2015
Definitely an excellent Napalm Death release! It shows more of a Death Metal style than Grindcore(perhaps Deathgrind?). It has a high pull-in value where you easily get sucked in listening to this album.