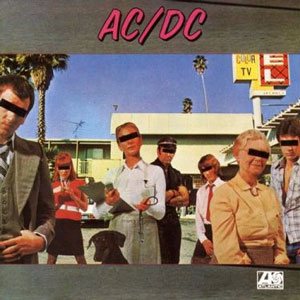 rockerman   100/100
Date :  Apr 7, 2021
My 384th most played album. ACDC - Dirty Deeds Done Dirt Cheap. A great example of how record companies mess things up. It was the band's third LP released in Australia in 1976 but was not released in America until 1981 more than one year after lead singer Bon Scott's death. I guess they thought it would not sell. The disinterested Atlantic Records label in the United States finally got paid and went 6 times platinum. 7 million sold total! I like the Australian cover better as well. The great songs are; the title track, “Problem Child”, “There's Gonna Be Some Rockin'”, “Ride On” and “Squealer”.