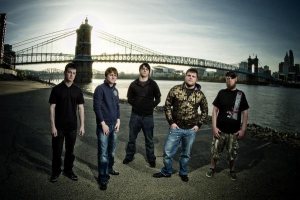 Beneath the Sky Discography

Additional notes
Formed from the ashes of Corrosive and Blind Judgement.
Split up in August 2008. Reformed in March 2009.
Split up again, this time supposedly final, in September 2014.

The band covered the song "(You Gotta) Fight for Your Right (To Party!)" by the Beastie Boys.