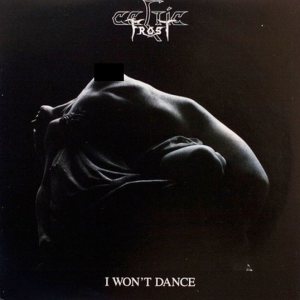 Released again in Europe in 1987 with the bonus track "Tristesses de la Lune" [02:58] by Noise Records. One Noise pressing was manufactured by Revolver Records and had a maroon label.

The cover is a photo of an sculpture located at Monumental Cemetery of Staglieno in Italy.