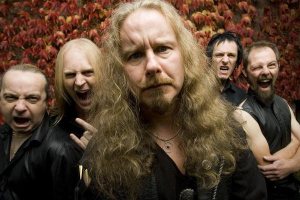 Additional notes
The late David Halliday of Hell taught Andy Sneap to play guitar and Sneap mentions him as one of his main influences. Sneap is best known as a producer nowadays.

Martin Walkyier (Skyclad) briefly reformed the band for a few gigs without Andy Sneap, under the moniker Return to the Sabbat.

A second reunion, this time with the "Dreamweaver" line-up, was announced to support Cradle of Filth on their U.K. tour in December 2006. The idea came up when Andy Sneap was having conversations with Dani Filth while mixing the Cradle album "Thornography". The reunion carried on to festival tours in summer 2007, but without Fraser Craske, who was replaced by Gizz Butt. Craske still made some appearances at signing sessions.