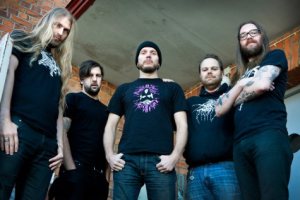 Nasum Albums Ranked
Additional notes
The band took their name from the film Flesh for Frankenstein, in which Baron Frankenstein (played by Udo Kier) is searching for the perfect Serbian nasum to create a new master race (you can hear the right pronunciation [Naz-um] at the beginning of the song “Blind World”, as they used an excerpt of that film for the intro).

On May 26th, 2005, the band announced that they had decided to split up after their guitarist/vocalist Mieszko Talarczyk passed away in late 2004 as a result of the Indian Ocean tsunami. They reunited in 2012 for a brief farewell tour, featuring an alternate lineup.
Contributors to this artist