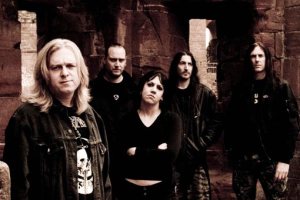 Best Bolt Thrower Songs (38)
Additional notes
Plans for a follow-up to Those Once Loyal were scrapped in June 2008 after the band were dissatisfied with the material they had written. In a statement, they said that they would not release any album unless they were convinced it was at least on par with its predecessor, and as result any plans to record were "postponed indefinitely."

Despite this, the band was still actively touring until the death of Martin Kearns in 2015, after which the band has become inactive.