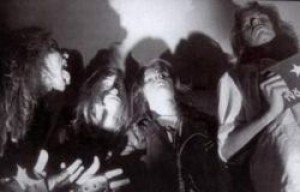 austin
Additional notes
The band was originally called Scapegoat and was formed in 1985. The band evolved into Morbid ca. 1986.

On the 8th of April 1991, Dead, who was at that time vocalist of Mayhem, committed suicide by shooting himself in the head with a shotgun.