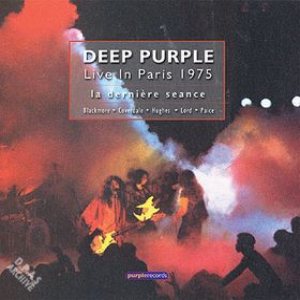 recorded in 1975 in Paris and meant to be released before the Come Taste the Band album, but was not released until 2001 by Purple Records.

In early 1975, guitarist Ritchie Blackmore recorded his first album with Rainbow and decided to leave Deep Purple. This made the band's show in Paris on April 7, 1975 a historic moment in their long career, marking Blackmore's final appearance with the band (until the band reformed in 1984). The set took in tracks from Burn, Stormbringer (the latter rarely heard on stage), and featured the band's Mk III line up for the last time ever. It also marked the last time Deep Purple ever played the songs "The Gypsy", "Lady Double Dealer", "Mistreated" and "You Fool No One" live, though Rainbow and Whitesnake have played "Mistreated" in concert. ... See More