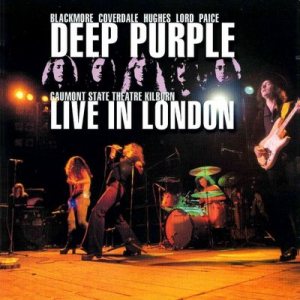 It was recorded on 22 May 1974 at Kilburn State Gaumont by the BBC for radio broadcast, but was unreleased on vinyl until 1982. It features the Mk 3 lineup of Blackmore/Coverdale/Hughes/Lord/Paice during the tour for their album Burn.