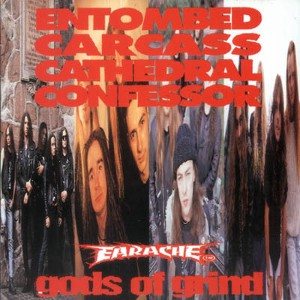 Regardless of the name of the release, Carcass is the only band playing grindcore on the split.

Carcass' songs are identical to those that appeared on the Tools of the Trade EP.