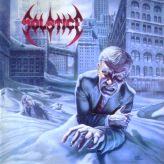 Consequence in the hereafter
Weeping, gnashing of teeth
This world revolves around conflich
And opposing forces.

Left in limbo, unholy infants are then cast away]
Evil incarnate, govern the dead
Underdweller, monster among men
What will become of the condemned?

Separation point: Purgatory
The place of judgement for
The quick and the dead
The place where some will meet their end...

Left in limbo, unholy
Infants have been cast away]
Evil incarnate, govern the dead
Underdweller, monster among men
What has become of the condemned?
The terrifyinf flipside of heavenly paradise
Imgarey of endless torment
A blazing, infernal netherworld
Moreover, aren't we in hell here and now?