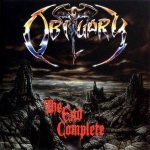 What if they are right
To lift the fate of everyone.
Let them live in pain.
A pain to which there is no end.

As I look to the right.
I see the horror filled within.
Killing is the meaning of life.
Killing is a way to leave your body

A mean to release your fear.
A fear of sickness down within.
Let the guilty pay.
A pain to which there is no end.

To those who fear their right.
You are the first sight then filled with fear.
A fear that begins to mount
The fear that turns you inside out.