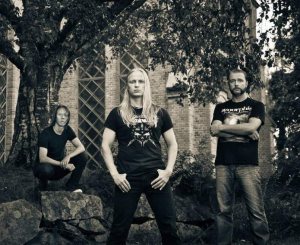 Convulse Videos (3)
Additional notes
Members also had a side-project called Puhelinkoppi (playing some kind of hardcore-punk-metal combination with really offensive lyrics towards everything), which is better known in general in Finland than Convulse itself.

The band was previously known as S.D.S. and they played speed metal. They did a demo tape called 'Mental Genocide Demo II 4/90', and probably some more stuff.