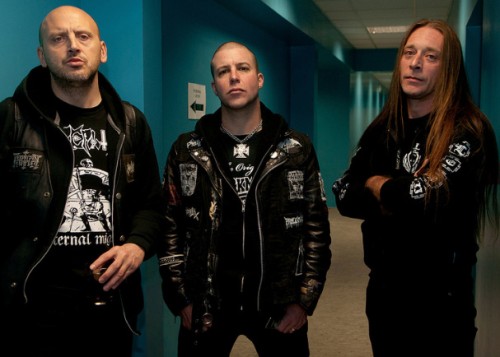 Best Angelcorpse Songs (17)
Additional notes
Additional notes
close
Regarding the band's name, Pete Helmkamp stated in an interview; "We put it as two words on the demo, so Osmose learned it that way. But that was just a mistake at the printers...it was one of those flukes. But it is just a single word...it just seems to look more visually pleasing as a single word. It fits with the phonetics: we say 'Angelcorpse', not 'Angel Corpse'."

Began in Kansas City, Missouri in, relocating to Tampa, Florida in November 1998. After the release of 1999's The Inexorable Angelcorpse parted ways, before getting back together in 2006. They split up again in April 2009, reforming again in 2015.

Compilation Appearances:
- "Burning in Hell" for Seven Gates of Hell: Tribute to Possessed (Karmaggedon Media, 2004)
- "Desecration of Virgin" for Tribute to Sarcófago (Cogumelo Records, 2001)
- "Demon Seed" for Scream Forth Blasphemy: Tribute to Morbid Angel
- "Kill Again" for Gateway to Hell 2: Tribute to Slayer (2000).
Contributors to this artist