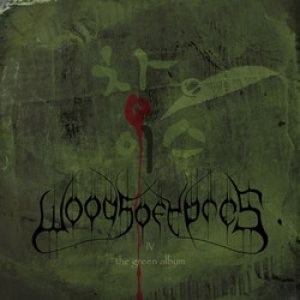 Recorded at Stereo Soul Studio during June and July of 2009. Mastered at Silverbirch.

Pressed in a single CD version and a limited 1000 copies 2CD pressing that features the new Necramyth album which Woods of Ypres founder/creator David Gold performed drums on.

Re-released by Earache Records in 2011 on CD and limited-edition double vinyl in the following colors/quantities:

Contrary to the belief that the first issue had a misprinted tracklist, the band actually decided to rename some of the songs after the album was released. These changed titles appear on the reissues. The renamed tracks and their new titles are:
1. Shards of Love (Hurt Forever)
5. Into Exile: "Can You Get Here in 10 Days?"
6. Pining (For You)
15. Our Union (In Limbo)
16. Move On! ... See More

todesenlge89   72/100
Date :  Mar 24, 2011
Bands with the melodic black metal tag tend to push me away, with bands such as Catamenia and Agathodaimon instantly coming to mind, and Woods of Ypres's fourth release, Woods 4: The Green Album had the similar effect. However, on the first listen of this album it seems that Woods of Ypres is hardly the conventional melodic black metal band at all.

Woods 4 opens with Shards of Love, with a melodic and melancholic guitar line backed by a wind instrument. As the distortion guitars play the first notes, Woods of Ypres brings to listeners their take on black metal, with heavy riffs and an atmosphere to match the music, moving at a doom metal pace. David Gold's clean vocals sound like a richer and more emotional version of Opeth's Mikael Akerfeldt, a nice complement to the sad lyrics on the songs on the album. The layering of clean vocals and growls present throughout the album, such as on Everything I Touch Turns to Gold certainly add a nice touch to the music, adding to the disparity already present and the heaviness in the listener's heart. Songs such as You are Here with Me test and display Gold's vocal prowess as he hits every note with ease, yet manages to maintain that emotional quality in his voice. The transition between melancholy and aggression on tracks such as By the Time You Read This are surprisingly smooth and not awkward, before the transition again to the next track, the piano introduction of I Was Buried Under Mount Pleasant Cemetery. It is also on songs such as this that the band proudly displays their black metal roots, with blasting drums, aggressive riffs and gruff black metal vocals towards the end of the track.

It is also interesting to see how Woods of Ypres is able to keep the listener engaged on tracks as long as 8 minutes, in the album that runs close to 1 hour and 20 minutes. The numerous transitions between the different styles present in the music certainly helps in making sure that things do not get too boring, and leaves new listeners to Woods of Ypres wondering what else the band has up their sleeve that can bring new surprises. The spoken vocals included on Dirty Window of Opportunity blends in well with the mood and the intended effect of highlighting the tension present in the song, before ending with a tasteful guitar solo. And I Am Pining For You also presents to listeners the faster paced side of the band, a break and a breath of fresh air compared to the initial slow and deathly pace that the band has travelled at thus far. The chorus vocals on songs such as this also remind listeners of "heroic" folk metal bands such as Turisas, and while such moments are few, the band utilises them to good effect whenever applicable. Wet Leather instantly brings to mind bands like The 69 Eyes with the rock 'n' roll style, but with a touch of black metal and the deep vocals of gold, reminding listeners that "life is just pain and piss, and everything is a scam..." A surprising tune with upbeat tempo for a song with lyrics as depressing and hopeless as such, yet Woods of Ypres manages to pull this off without any hint of awkwardness. The album finally ends with a small hint of light at the end of this dark tunnel that has been Woods 4, with sound advice from the band: Move On!

Looking at the song titles on this album though, it is easy to recognise Woods of Ypres' music to be bordering on depressive-suicidal black metal, with titles such as Suicide Cargoload (Drag that Weight!) and I Was Buried in Mount Pleasant Cemetery, among the 16 tracks present on the album. Somehow on music with clean vocals, I feel compelled to check out the lyrics, and it certainly gets interesting at times, with the exceedingly depressive and bordering-on-morbid lyrical themes.

Woods of Ypres' latest effort sounds like a cross breed between heavy, doom and black metal and is sure to alienate fans of particular genres. However, the ingenuity presented on this album will compel curious listeners of crossover genres to keep coming back for more. This is depressive metal done right. This is the kind of album that puts bands like Katatonia to shame.

Kildneybean   85/100
Sep 23, 2015
A nice Extreme Metal hybrid. The songs are generally well written with awesome riffs and vocal parts, and the right amount of heaviness to top it off(which differs from track to track). R.I.P. David Gold.