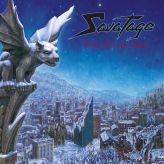 In the town of Sarajevo, there's an old medieval square
There's a church aside one corner most believe was always there

It was built a thousand years before any now were born
And its glory was its belfry with its stones all gray... and worn

Now there's a gargoyle on that belfry and he's been up there for years
And he has watched and he has pondered: "What is laughter, what are tears?"