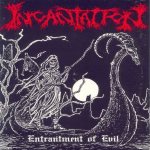 Endure the internal pain, screams of the vital torment.

Shreadify their body parts, burn the bones to ashes.
Suffer from the evil crypt, redeem the souls to hell...

Arise gods of war, demons of death.
Entrant the souls, destroy the bodies.
Kill the sacred ones, mortify them all.
Feel the pain, as the blood is drained.

Destruction from the gods below, sacrifice the lost souls.
Hell's gates now open wide, for the ones that died.
Fly angels of the night, prophecies the unholy massacre.

Demons of war and torment, arise from down below.
Guardian of the gates, deprive them of their souls.
Ignite the soul on fire, massacrate the land of the weak.