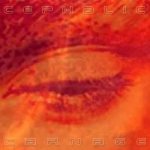 When time was born, the gods lived in peace
Lucifer was beloved by them all
And taught him the creationary pattern
Physics of birth, Merkaba!

Our infernal living force, but instead
He procreated a new race, somewhat out in space
In incubators they were born, bred to fight the great war
In the heavens, his goal was to conquer, battle broke out
Many angels and grey died, others led the sky

The gods grew angry and cast Satan to hell
The captured greys were sent to Mars.

St. Michael prevailed this war
Defending his precious sky
And his faithful servants, all the angels who have died
The galactic federation are despised
After years of plotting, the second attack was not successful either
Still they wait to avenge

Monuments on Mars record the tale of a universe that thrived with life
Now their planet is devoured, they need to survive
Blasting through the sky, evolve throughout the century.
The galactic federation loathes these deities
Living here on earth they breed
Awaiting the Lucifer rebellion 3, will they succeed?
None of this is true, but it's how things are.