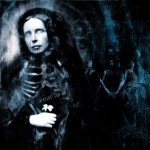 Finding a home on the planet earth

Will the earth be consumed as well?

Will this planet succumb as others have?

We started breathing in the way that we do now

There are 2 things that you do when you breathe

At this time we stopped taking the Pr ana in with our minds, by passing the pineal gland

Not the pituitary gland

All other existence breathes through the penal gland

Planet earth will not allow it

Sending out frequencies to every living species

The human is earth's enemy

It must rid us to survive

Falling from grace, we can't escape our perilous fate

It is too late

Missing the signs, we are divine

We terminate all we create

It started with the birds and trees

Distractions we could not see

Naive to this reality

Falling prey to the land

How can we understand what's going on?

The sky is black

Rabies in the air

We're too naive to even care

When dogs attack, the force is strong

The things we lack

The end is near, attacks increase

Man and nature are at war

Every element her ally

Un-rested seas, our future in toil

How can this be?

A reversal in irony,

Haunted by our sordid

Nature has condemned us all

Judgment has been passed

Exiled from our birth rite place

Can't escape, the wrath of the earth

Reduced to ash, to be erased

Fossils are what will remain,

The human race will be no more

The demise of the Enviovore

Ascend to the 4th dimension!