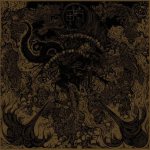 Album rating :  90 / 100
Votes :  1
7. Whirlwinds of Extinction (3:18)
Forces of Satan storm with all the might
With sulphur whirlwinds and acid rain cries of weakling blood
Feed the wrath
The infernal dukes descend from the spheres forbidden
No prophecies no signs
The signs but were since the dawn of man

No pity, no hope, forces of Satan's storm.