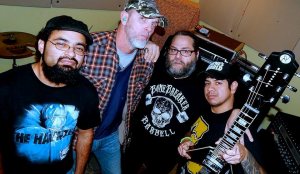 Additional notes
Billy Milano formed the band after the disbandment of Stormtroopers of Death. S.O.D. eventually reformed in the '90s, but Milano had promised to keep on with M.O.D. as well. M.O.D. stands for "Method Of Destruction", but Billy sometimes refers to it as "Milano's On Drugs" as a joke.