On the Trail of David Ross Lyrics 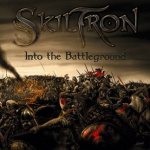 Album rating :  85 / 100
Votes :  1
4. On the Trail of David Ross
In southern Glasgow he was born
With the name of David Ross
Inspired by those who'd fought before
He took a pen as strong as a sword

Down to London he did march
To pay tribute to the great hero
An epic journey to Smithfield
And he made it!

Fighting bravely for his roots
Over hills and glens he walked
Crossing rivers, sailing lochs
And enjoying a fine Scotch

He wrote of Wallace, Rob the Bruce
And Charlie Stuart - Scottish Lore
Mounted on his two-wheeled horse
Proud warrior in hiking-boots

And today is time to give
Respect to him for what he did
While all men die not many live!

Into the Battleground - Lyrics