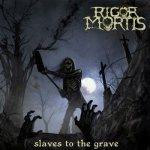 Album rating :  75 / 100
Votes :  1
10. Ludus Magnus (9:32)
Slaves... you have just arrived at Ludus Magnus, the
finest gladiatorial training school in all of Rome
And when you die, and die you shall, I will teach you
to die gracefully, with honor and to the roar of the
crowd. Now each and every one of you must recite the
"Sacramentum Gladiatorum" and receive the mark of
the brotherhood
I swear, to be burned by fire, bound in chains, to be
beaten, and to be killed by the sword in the pursuit of
honor in the arena.
They are Gladiators, they live deep in the bowels of the
Roman Colosseum
Their barracks are just outside the rusted gates of
their future afterlife
A world where men are trained to kill, blood their
ambrosia, the arena their mountaintop
Sacred Ground, watered with the tears of blood, their
blood, their tears

Battles to the death demonstrate the violent soul of the
Roman Empire
Thousands upon thousands flock to the arenas to
watch these professional fighting machines
Warriors trained for the amusement of the ancient
world's greatest power
Their new masters, notorious for their cruelty, betting
to see who will die first

They enter the arena through catacombs which leads
them to the Gate of Life
In defeat, two fingers mark the symbol of surrender to
the editor of the games
Thumbs down! They must kneel, offering themselves
to cold blooded murder
The victor plunges his gladius through the neck and
down into their heart
Their corpses dragged by hooks in their heels, through
the Gate of Death
Body parts fed to wild beasts to get them used to the
taste of human flesh

Slaves to the Grave - Lyrics