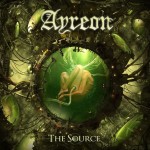 Oh no! You lived like you did and you thought everything would be fine?
Now you scamper and run, but you’ve already run out of time!
It’s rotting and deteriorating from the inside
There’s no way to stop it and clearly there’s nowhere to hide
Calculation of survival rate: 0%

Doom - gloom; the world goes boom
None will be spared, so don’t assume
Not ragged clothed, nor silver spooned
You’re all the same when extinction looms...

[TH1] Oh no! It’s not like your screaming can somehow elongate your life
You’re best off to shut up and calm down and wait for it

[Opposition Leader and Chemist]
The world is black, there’s no way back
You’re way off the track, no plan of attack
So recognize your pending demise
And everybody dies

[President] And in the end when all is silent, the core is melting down
A quantum supernova’s blasting out
[Chemist] Then ominous skies materialize
And everybody dies!

[TH1] Oh no! Now holding your breath isn’t going to bide you more time
You’re best off to lay down and curl up and wait for it

[Opposition Leader and Chemist]
The ultimate blast will be the last
And when it’s passed, so terribly fast
It blinds your eyes, you’re paralyzed
And everybody dies

The soil’ll be red where people have bled
The cities all dead, radiation will spread
It’s no surprise, we swallowed the lies
And everybody dies

[Astronomer] And in the end when all is silent, the core is melting down
A quantum supernova’s blasting out
[Chemist] Then ominous skies materialize
And everybody dies!

[Diplomat] Don’t give up, we are still breathing
Don’t give in, that’s what they want
Don’t despair, just keep believing
Don’t lose heart, we’ll blast our way out of here

[TH1] Oh yes! not ideal conditions, but stable enough, you could try
The chances are slim but perhaps you could make it alive?

[TH1] Then ominous skies materialize
No compromise, just say your goodbyes
It’s no surprise, we swallowed the lies
Now everybody dies