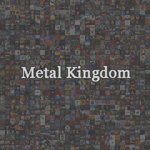 Album rating :  –
Votes :  0
4. Weakness Makes One Cruel
Hatred is his inner world,
And being sober – minded,
He can't let out,
The beast that east him from inside
And if ones put in the key the right keyhole
You'll see the truth
That hides within his soul
It cries 'hill a man or die'
He is reserved and nobody knows,
What's on his mind,
Distrait from reality –
The beast will show up
It rules master's body
It speaks in his voice
Death and destruction are spread with hands
It's reborn and becomes the machine for death
Aggression should be allowed to let go
From the depth of consciousness
He was abased in childhood
And wasn't recognized by anyone at all
To prove himself and others
That he surpasses the world
His hatred
Is just – the vengeance for himself
He blames others, he sentences them to death,
Perverting in the ways of torments
And this is not for entertainment,
But for quenching the intense ache inside of him,
As amorality tortures him and he has no courage
To admit himself mad
And he won't surrender to the alive