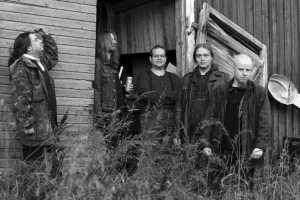 The band was formerly known as Rigor Mortis, but they changed it, to avoid confusion with another band, from the US, with the same name.

The Maijala brothers were the founding members of the band. VP was supposed to be only a temporary drummer at the beginning but soon became a permament member. The band was also searching for a vocalist from the very beginning because Teemu wanted to focus on the bass playing.