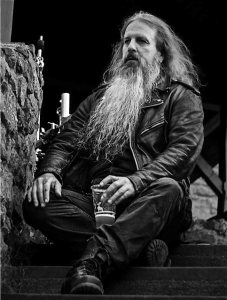 Additional notes
Paul Speckmann (born on September the 28th, 1963) is an American bassist and vocalist from Chicago, Illinois. He currently lives in Uherské Hradiště, Czech Republic.

His first band was War Cry, founded in 1982. In 1983 he started the band Master as a thrash metal band. Due to internal problems it was put on hold and Speckmann started another band, called Death Strike for which he recorded one demo, which was later released on Nuclear Blast with additional tracks as an album.

After obtaining a deal for Abomination on Nuclear Blast, Master was approached at the same time and Master re-surfaced to record a full length cd as well. The band subsequently broke up in the original form two days after the recording.

They were replaced shortly afterward by Aaron Nickeas on drums, and Jim Martinelli on guitars. This period was followed by the Fleische tour with Master as headliner, Abomination as support, and Pungent Stench in the middle of both acts. Nickeas and Speckmann played in both groups for 26 dates on this tour.

Speckmann recorded the self-titled debut album, which was really the Master songs re-recorded with Martinelli and Nickeas. Nuclear Blast turned this down, and decided to remix the original recording with Schmidt and Mittelbrun. The recording with Martinelli and Nickeas was then released as the Speckmann Project. Speckmann also played, and wrote all the songs for a band called Abomination and recorded two albums with them.

He also played in the Master-Krabathor side-project Martyr and released one album with them.

The band Krabathor split up in 2004 and Master was reformed with guitarist Alex Nejezchleba and drummer Zdenek Pradlovsky.