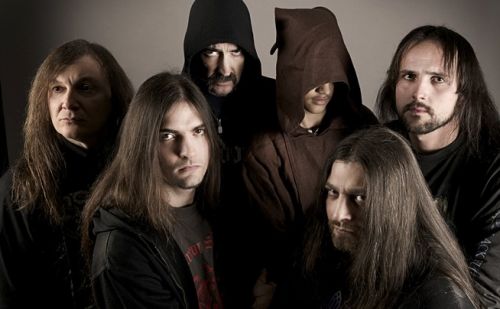 Bulldozer Albums Ranked
Additional notes
Formed in 1980 by Dario Carria, Erminio Galli and Andy Panigada, the band recorded a two tracks demo in 1981 (never released), but due to military service they disbanded at that time and reformed in 1983.

In 1984, Panigada introduced AC Wild to Carria, but due to some problems with their parents, Galli and Carria left the band shortly before the Roadrunner contract was signed. The bassist Don Andras joined afterwards, but switched instruments to drums and A.C. Wild took up the bass. The real Bulldozer was born.

In 1992 Andy Panigada and A.C. Wild resurrect the moniker Bulldozer to release a series of collaborations with DJ Sick and Dr. Dope mixing thrash metal, rap music, dance, techno music and music samples. The style was called HyperTechno and found great success in Japan. Accordingly to the band members more than 200 songs were recorded but only seven EPs were posthumously released between 1992 and 1995. The rest of the material recorded was released under different names and projects

Compilation Appearances
- "Insurrection of the Living Damned" on Speed Kills (The Very Best of Speed Metal (Music For Nations, 1985)
Contributors to this artist