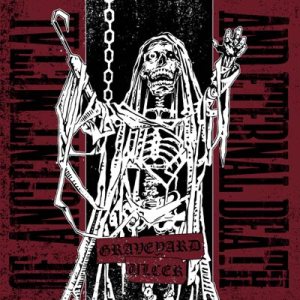 Of Ancient Metal and Eternal Death

Graveyard side:
- recorded at Moontower Studios during different recording sessions between 2010 and 2012; produced by Graveyard, mixed and masterized by Javi Bastard

Artworks on the EP by Rafał Kruszyk