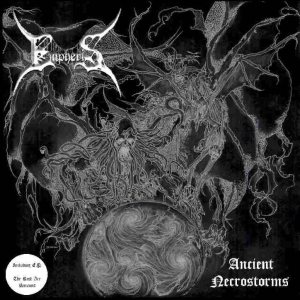 Recorded at DBX Studio during Valpurgis Night 2005. Produced by Jacek Melnicki &
Empheris. Modified in Pyramid Studio Warsaw, October 2006. Tracks 8-10 are
remastered versions of ones from "The Rest Are Remains".
Tracks on this CD are not point to point the same versions as on the "Ancient
Necrostorms" demo and "The Rest Are Remains" split w/ Hellish (Pol).