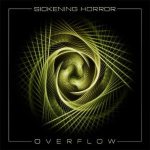 Album rating :  –
Votes :  0
8. Versus Entropia
The star was fading
Its planets slowly degraded to dust
The lurking black hole was ravenlously
consuming all of the system's life forms

The star was reborn anew to live again!
The crew cheered in joy to celebrate the evasion of the great void!
A new circle opened

Flowing into eternity
Flowing above and below