To the Empire of Madness Lyrics 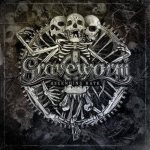 We fight once more against the age of fear
From ashes to ashes and dust to dust
We keep the faith alive, now everything will burn
Sons of fire – release me from this world

We fight to die – my hate will grow again
We stand alone – I will have revenge!
A demons' army – the weapons they fear
The number of the beasts released
And those who chose to stand up and fight
Leave the land, the flame arises again

We fight once more...