...And We March On Lyrics 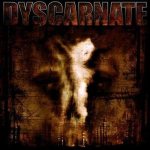 Album rating :  –
Votes :  0
2. ...And We March On (4:06)
Defiant cries from a child's tongue. All praise war - a new axis has begun. The malicious conductor's seeds are sown. Let he who is without sin cast the first stone. The dying sun has turned blood red. The vehement battalion breathe to be led.

Perish through benevolent policy - a mandatory element of any autocracy. A forgone conclusion, is this justice wrong? The hammer comes down and we march on. Does our murderous defense serve as restraint? Does a worm's assault constitute a complaint? The stench of death is more prominent than before. Beg for death, we'll twist the knife some more.

Insignificant nations are all that defy. Do what you will, we'll have a head for an eye. Bound to facial tombs. All that must be be done is all that's been done before. You will come to embrace the eternal war. Unconscious suicide committed in defense. Superlative war machines built under false pretense. Vaporized flesh dissolved instantly - a murderous disease willfully set free.

Prolonging death bound to facial tombs. Within death masks witness the coming doom. A foregone conclusion: is justice done? The hammer comes down and we march on. Policing the world has become a chore, our history that's become universally ignored. The fields of the past: soiled with radiation. Defeating the disputants - the only aspiration.

Genetic contortions entwined with revenge. Is this immutable march coming to an end? Raving world without mercy. Who can truly say that they are all blame free?

Sacrificing millions to an end without a cause. Suicidal strategies lacking in remorse. Defiant cries from a child's tongue. A new axis has begun. This vicious conductor's seeds are grown: the fate of the world is set in stone. A foregone conclusion, justice is done. The skies come down And We March On.