Season of the Dead Lyrics 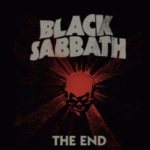 Is this the end of real and glory
Living in this purgatory
and country, cup of sacrifice
Shame or honor is the only choice