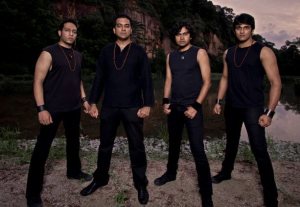 Additional notes
Rudra is a god of storm and diseases, and a form of the God Shiva (Shankar). He is more destructive than Shankar himself.

The band refer to their music as Vedic Metal, paying tribute to the culture and religion of their ancestors.

With the release of Brahmavidya: Primordial, Rudra has garnered financial success and critical acclaim all over the world.

Rudra also appears on "Together As One - A Tribute To Death" released in 2003 via Mondongo Canibale Records with the track "Forgotten Past".