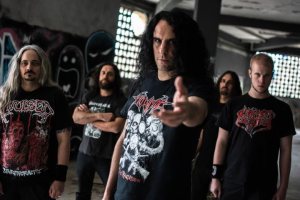 Avulsed Albums Ranked
Additional notes
Avulsed were founded after Dave Rotten moved to Madrid in August 1991 after finishing his (compulsory) military service and decided he wanted to form a band, though it wasn't till February of the following year that they decided on the name 'Avulsed' releasing the first demo - 'Embalmed in Blood' - in late October the same year.

Dave Rotten's first band was a band called Convulssion, way back in 1988.

Dave Rotten and Vicente Paya (Golgotha, Unbounded Terror) are currently working in a project in the vein of Sunn O))). The project's name is Unwom.