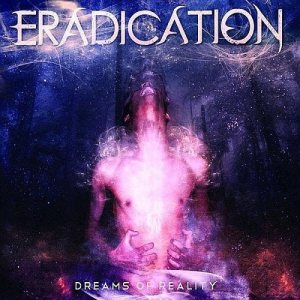 Eradication's debut album 'Dreams Of Reality' was released on iTunes on December 27th, 2010. The physical release of the album followed in February 2011 and included the "Extinction Is Inbound" EP as bonus tracks and a music video of the album's title track.