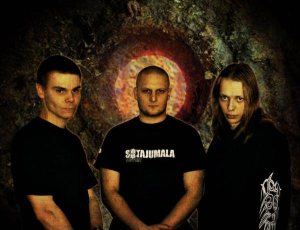 Additional notes
Adramelech is an Assyrian sun god. Adramelech became later depicted (like many other pagan gods) as a demon in Judeo-Christian tradition. He is being described as the president of the senate of demons, chancellor of Hell and supervisor of Satan's wardrobe by Collin de Plancy's book on demonology. In Milton's Paradise Lost Adramelech is a fallen angel.

Most lyrics are/were written by Turkka G. Rantanen, who also does all of the artwork/layouts, and happens to also be Jarkko Rantanen's brother.